The need for social distancing has become less of a driver for the ecommerce segment, which includes pureplays as well as traditional retailers with ecommerce capabilities. That’s because, as estimates from the Commerce Department indicate, some of the traffic that moved online during the initial months of the pandemic is moving back to stores.

Accordingly, ecommerce sales in the last quarter were 9.1% above 2Q20 (up 3.3% sequentially), with total retail sales increasing 28.2% (up 5.2% sequentially). Ecommerce accounted for around 13.3% of total U.S. retail sales, which is a tad lower than the preceding two quarters and also lower than the 15.7% share in the year-ago quarter. This year’s moderation in absolute growth numbers is because of difficult comps.

Ecommerce continues to grow strongly off a smaller base growing its share of the total retail pie. And this is helped by the race to digitization, consumer habits altering for good and supply chains adjusting to help the two sides meet.

So, growth is less of a negative for this group as is valuation, which remains rich despite the sell-off in the last few months. Stocks worth considering now are PDD, RVLV and GRUB.

Electronic-commerce continues to evolve as the technologies driving it advance.

On the one side are increasingly powerful and capable user devices. On the other are sophisticated, AI-enabled software platforms facilitating transactions that are thereby, more capable of delivering user satisfaction. Social commerce and chatbots are further facilitating things.

The Zacks Electronic - Commerce Industry is a rather large group within the broader Zacks Retail And Wholesale Sector. It carries a Zacks Industry Rank of #183, which places it in the bottom 27% of more than 250 Zacks industries.

Our research shows that the top 50% of the Zacks-ranked industries outperforms the bottom 50% by a factor of more than 2 to 1. So the group’s Zacks Industry Rank, which is basically the average of the Zacks Rank of all the member stocks, indicates strong near-term prospects.

The industry’s positioning in the bottom 50% of the Zacks-ranked industries is a result of its relative performance versus others. As far as aggregate estimate revisions are concerned, it appears that analysts expect earnings to decline this year and the next on revenue that will also decline, although at a lower rate.

The net decline in the 2021 and 2022 earnings estimates are 48.0% and 56.5%. The net decline in the revenue estimate is 19.5% for 2021 and 3.4% for 2022. The delta is mostly because of difficult comps, coming off the extremely strong 2020 results, on top of the increased cost of operation and amortization and other charges related to infrastructure buildup.

Before we present a few stocks that you may want to consider for your portfolio, let’s take a look at the industry’s recent stock-market performance and valuation picture.

The Zacks Electronic - Commerce Industry is trading at a discount to both the broader Zacks Retail and Wholesale Sector as well as the S&P 500 index over the past year. This is because of the changing sentiment, as physical stores open up, taking back some of the sales that moved online during the pandemic.

So we see that the stocks in this industry have collectively lost 37.5% of their value over the past year, compared to the broader Zacks Retail and Wholesale Sector, which lost 12.1% and the S&P 500, which gained 25.9%. 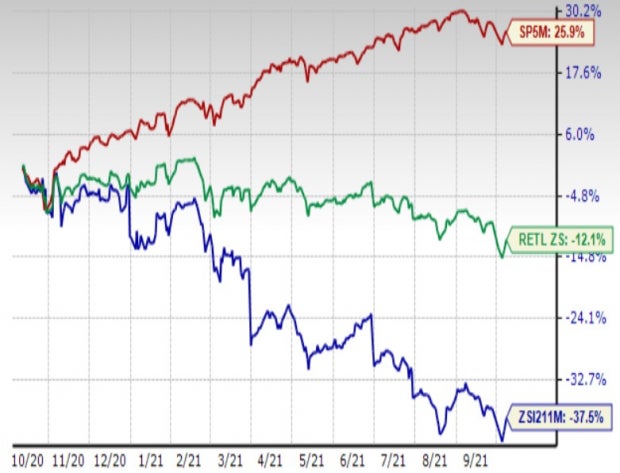 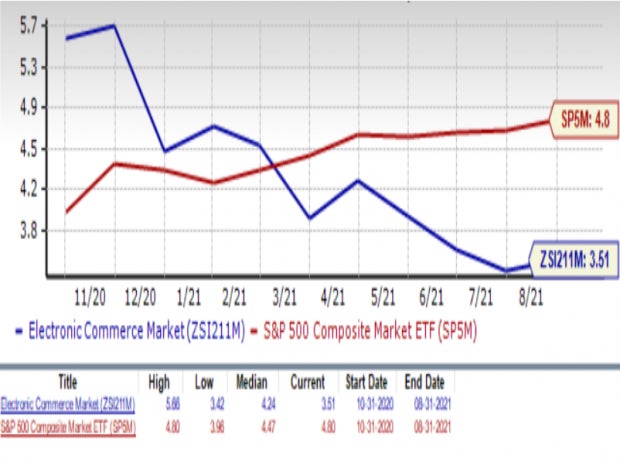 Pinduoduo Inc. Sponsored ADR (PDD - Free Report) : Shanghai, China-based Pinduoduo is the biggest online marketplace for agricultural products (mainly from small-scale farmers) in China. The company seeks to improve the productivity and efficiency of the agriculture industry supply chain while bringing Chinese agricultural communities into the digital age. At the end of 2020, the company had 8.6 million active merchants, both agricultural and otherwise, and 788.4 million active buyers on its platform.

The company deals in a range of products, including apparel, shoes, bags, mother and childcare products, food and beverage, fresh produce, electronic appliances, furniture and household goods, cosmetics and other personal care items, sports and fitness items, and auto accessories.

The user base is expanded by employing a group buying system wherein discounts and deals are offered to large groups. This automatically leads to the promotion of the platform on the one hand, which rapidly increases the user base (from 418.5 million in 2018 to 585.2 million in 2019 to the current level). Users are also more engaged and active when it comes to resolving supply chain issues. The quick feedback mechanism also helps merchants to adjust their merchandise efficiently and well. The wealth thus created and distributed should only endear it to the Chinese government. 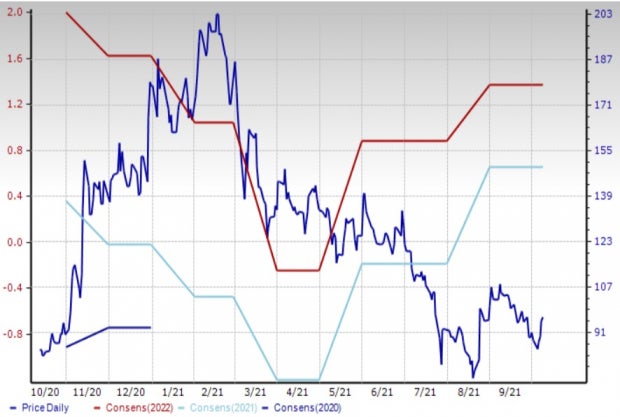 Last month, the company signed on supermodel Kendall Jenner as Forward’s creative director in a bid to expand its presence in the luxury segment. Jenner belongs to the Kardashian family. She is a huge social media influencer with around 186 million Instagram followers. Since Revolve relies on influencers to promote its premium wares to the millennial and Generation Z consumers it typically targets, she is particularly well positioned to steer the company’s future with emerging designers and brands. So this is a pretty big deal for the company. 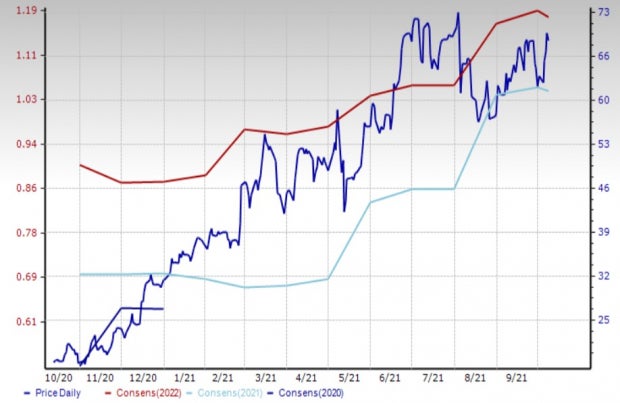 Just Eat Takeaway.com N.V. (GRUB - Free Report) : Amsterdam, the Netherlands-based Just Eat operates an online food delivery marketplace, connecting consumers and restaurants through its platforms. It has operations across most European countries, Australia and the U.S. (through its Grub Hub acquisition earlier this year). As of last year, it had 244,000 restaurants on its network that generated 588 million orders.

But GRUB is on an aggressive expansion drive, which is leading to huge growth in the restaurants affiliated with it, the orders delivered and the order value. However, discounts and promotions are a pressure on margins.

Another point to keep in mind is the increasing level of regulatory scrutiny, particularly in the U.S. where some state regulators are looking to cap the fees that delivery companies can charge restaurants, mandating the sharing of customer details like names, phone numbers, mailing addresses and purchase histories when requested by restaurants and requiring delivery companies to break down their charges for consumers.

The aggressive expansion is telling on this Zacks Rank #2 (Buy) stock’s estimates, which therefore don’t look too encouraging at the moment. 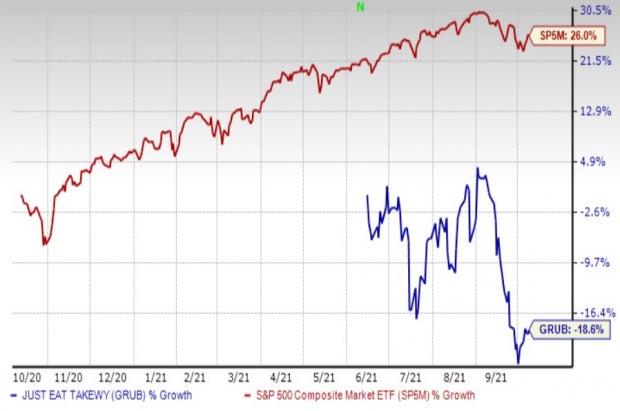 Zacks' experts picked 7 stocks with the best chances of skyrocketing within the next 30-90 days. Each stock is a Zacks Rank #1 Strong Buy.